Hi there. My name is Art, and I’m here to see whether or not Liverpool F.C can win the English Premier League.

Let’s start with their defence. Liverpool’s defence have been doing ok but so far they have kept a clean sheet three times in all competitions, including the Super Cup Final, Champions League and the Carabao Cup. 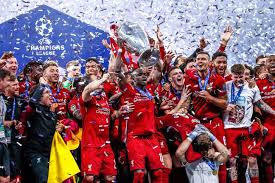 Let’s talk about their team. Liverpool play a simple and acceptable 4-3-3 False nine (A centre-forward instead of a striker) Their front three is formidable. Sadio Mane, Roberto Firmino and Mohamed Salah. They are, in my opinion, the best front three in the Premier League ( I don’t support Liverpool by the way – I’m a Crystal Palace fan).  Salah currently holds the title of most goals in the premier league in one season, with 32 goals in the 2017/18 season. Sadio Mane is one of the best left wings out there. Roberto Firmino is incredibly underrated, with a habit of scoring many no-look goals.

Finally, let’s talk about their advantages over other teams. A big talking point is that Manchester City, their main title rivals in my opinion, have lost Aymeric Laporte, their best centre-back, have been confirmed to be out for at least 6 months injured. This gives Liverpool a huge lift, as City have to play Nikolas Otamendi.

Personally, I think Liverpool can win the Premier League. They have the players, and the skill. That concludes my blog. Bye!