Hi my name is Conor from 6th Form and I am going to tell you who I think will win the Ballon D’or 2019.

The Ballon D’or is an annual football award presented to the best player in the world from that year.

Van Dijk is favourite to win Fifa player of the year.

The other candidates for Fifa player of the year are: 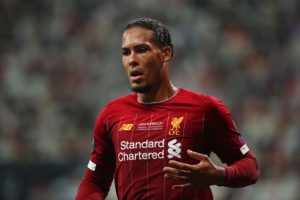 Liverpool dominated the list of Fifa player of the year nominees with three players out of ten. Salah and Mané were major players in Liverpool’s Champions league victory with Mané also reaching the AFCON final. Even though the Ballon D’or thirty man shortlist has not been named yet I think these three will definitely be on it

Ronaldo played well but not as good as he usually did. Of course he is now thirty-four so this is not that surprising.

Hazard secured himself the move he’d always wanted going to Real Madrid for a fee of one-hundred million euro.

De Ligt left Ajax to Juventus for seventy-one million in the summer. However it is not working out so far.

De Jong also left Ajax but he joined Barcelona and the future star is doing well there.

Mbappe stayed at PSG and helped the French side win Ligue 1 again while hitting amazing speeds for both club and country.

Griezmann earned a 107 million move to Barcelona and started scoring a brace against Atletico Bilbao.

In spite of the amazing players I mentioned above I still believe that Virgil van Dijk will win the Ballon D’or 2019 because of the way he guided Liverpool to victory in the Champions League.

That is the end of my article and I hope you enjoyed it.