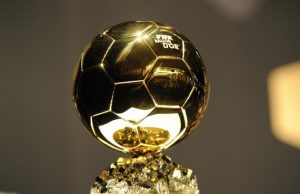 Cristiano Ronaldo and Lionel Messi were Ballon d’Or favourites again this year and Zinedine Zidane expects them to keep dominating. Zidane says the rivalry between them helps them to get better. The winner was announced last Thursday 07/12/17.  Despite his underwhelming form in LaLiga this season, having scored just two goals in 10 appearances, Ronaldo was still expected by many to claim the prize, thanks largely down to his role in Madrid’s league and Champions League double in 2016-17. “It’s surprising to see the amount of goals they’ve scored, actually. They are two great players. Zidane was not worried about Ronaldo’s lack of form in LaLiga this season, however, adamant that the Portugal star will “come good”. “I think it [Ronaldo not being at his best] doesn’t really matter because he is so big,” Zidane said. Just last season he had fantastic season. There’s a long way to go yet this season, we’re not even halfway there – we have six more months to go.”Be careful with Ronaldo – he’ll come good.”