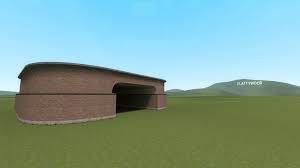 o in this article I will be talking about my experience playing Garry’s Mod (Gmod for short) Before I got the game I OBESSED over getting it, every single day up until the day I got it I would ask for it CONSTANTLY. Then I eventually got it, and since then I’ve loved it. The first time I played it was when I was 9 which was 3 and a half years ago. Since I was very inexperienced with the game I just spawned in a car and drove it around gm_flatgrass (which is my favourite map even to this day) so I downloaded a new addon (which are basically mods which are easier to download) which was a bunch of new cars made by some amazing fan creator. So after that my Nine-year-old mind goes crazy and I download every addon I see. At this point I’m having the time of my life spawning in random mods I found on the addons section.   Long story short my brother gets angry because all the addons I downloaded clogged up his computer but I did not regret it to be honest.

Garry’s mod has a TON of amazing creators from the late Kitty0706 (I hope he rests in peace) to people like STBlackST. The community is very welcoming and I recommend the game. Dupes always mix the game up and addons are great also. The game will be 13 years old on Christmas Eve so I wish it all the best.