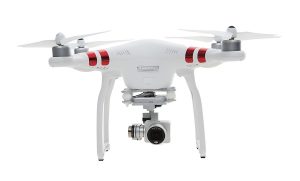 Lockheed Martin has released new footage from tests with its laser weapon system, revealing how ‘Athena’ can deliver an invisible killing blow to take down an enemy drone. In the tests, the prototype weapon successfully shot down five unmanned Outlaw aircraft. Drones can be expensive and cheap. A quadcopter can be €30 to €600. Drones are much more expensive ranging between €300 to €4000. My personal favourite drone is the phantom 3 professional. Its range is 5km and has a battery time of 20 – 25 minutes. According to Forbes, news website drones are here to stay but four key concerns still need to be addressed.

Click here to read in full:    https://www.forbes.com/sites/quora/2017/10/04/drones-are-here-to-stay-but-these-four-key-concerns-still-need-to-be-addressed/#7c38389d177d
Drones are the way to the future. There are so many things you can do with them for example the phantom three professional is a great way to have fun with your friends because you can have races against the drone and lose of course.  Most drones now have cameras on them and film everything so that is why the Aviva is a no fly zone because you could just film the match and get free tickets.