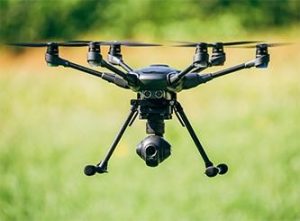 Drones are a great way to have some fun with your friends.  They can come in all shapes and sizes for example one of them is a security drone for the protection of the White House.  Another one has to be launched from an air-powered cannon, as it is too heavy to take off by itself.  The price range of drones range from €500 to €4000.  DJI (a company that made drones) are an extremely successful company, one of my favourite companies personally. The first autonomous drone-delivering network will fly above Switzerland next month as of 20/9/2017.  According to MIT Technology review, Colleges are marketing drone pilot courses, but the career opportunities are murky.  New “adaptable” drones could alternate between fixed-wing and rotary-wing flight.  Drones are being used for lots of things nowadays but my personal favourite is the Drone hunter.  This drone shoots a net at trespassing drones or it can tether the drones to itself and bring it safely back to ground.