Hello everyone. My name is Milo. My blog will be about Nintendo switch. Nintendo have gone far when they first made the N.E.S. (Nintendo Entertainment System). Nintendo Translates to “Leave luck to heaven”. Nintendo switch have made loads of interesting things with cardboard. Like piano, VR (Virtual Reality) Robots, and loads more! They have even added a VR robot that you can connect to your TV and destroy buildings, Cars and more! I would give Nintendo switch a 9/10. Nintendo Switch is for 6+ but can be hard for 4+ kids to master the controls. I’d say in my opinion this is the 2nd best console Nintendo made. What I’m hoping they will do is add more to Nintendo Switch. 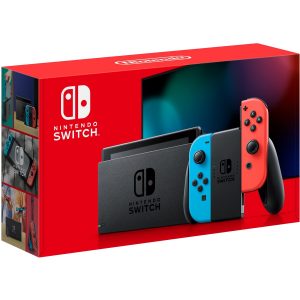 What it can do

Now I am going to say what you can do with Nintendo switch. What you can do is order cardboard things online for Nintendo switch and using those cardboard things you can make things like à A fishing rod, a giant fighting robot, a piano, a vehicle kit, a VR headset (virtual reality in case any of you reading this have forgotten), a little bug/pet/animal type thing, a motorcycle, a sniper type blaster for your VR headset and that’s all.

The games it involves

Now I will say all the games you can get on Nintendo switch.

And that’s the end of my blog. I hope you enjoyed reading this. Goodbye!