HoloLens two is a new version of HoloLens. The HoloLens is a pair of mixed reality smart glasses made by Microsoft. The HoloLens is an AR (augmented reality) device you can connect to your Xbox and play games anywhere. The HoloLens 2 has a better processing unit 2.0 which is better than the previous 1.0 it also has better stability, new hardware such as accelerated workloads such as eye tracking and better hand tracking. 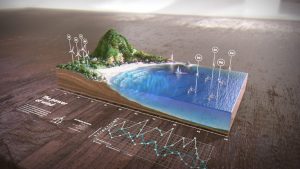 The HoloLens was announced on February 24th 2019 Barcelona, Spain. The HoloLens two is not yet released. You are able to preorder for $3500 (which I think is a little high) on the Microsoft website.

The HoloLens 2 like the HoloLens can connect it to your Xbox (by Bluetooth) and play games and watch videos. There is a video where Minecraft and Microsoft team up with the HoloLens and could generate the world onto a table in 3D. https://youtu.be/xgakdcEzVwg

HoloLens 2 has the most comfortable and immersive mixed reality experience. It has touch, grasp and move holograms in ways that feel natural. Voice commands work even in noisy places through smart microphones and language speech processing. To interact with things you can just tap instead of pinching your fingers in HoloLens. HoloLens 2 Has built in spatial sound and 64GB storage. It fits over glasses and is only 566g.